To promote its proposals for the new season, Adidas Originals has launched a colourful campaign in Circuito Gran Vía with the collaboration of the Italian digital artist Filippo Ghisleri. The sports brand has used the 15 screens located outside Cines Callao and the Lope de Vega, Coliseum and Rialto theatres in an action that includes 3 different creativities.

The main piece features a futuristic character walking down a catwalk with colourful background images of different clothing and footwear items that have been iconic throughout the brand’s history. Under the slogan ‘Reinventing the past, creating the future, defining a new era of originality’, the other two pieces feature the Adidas logo, one with a blue background and the other with a white background, which appears as if it were a balloon passing in front of the screens. Dimensional walk’, as this work is called, represents the past and future of Adidas with a journey through some of its most emblematic moments towards a new future yet to be discovered. The media management of this action has been in charge of Mediacom Barcelona (GroupM). 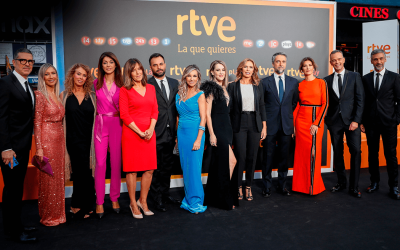 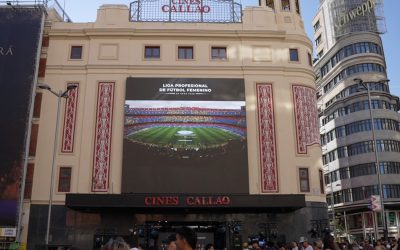 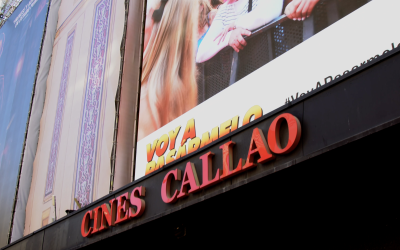 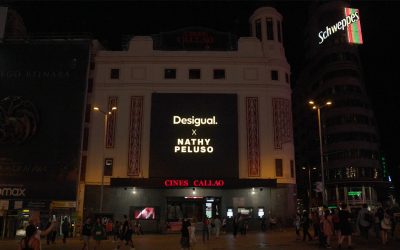 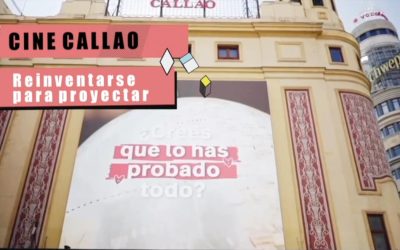