KOREA COMES TO THE CENTRE OF MADRID WITH CALLAO CITY LIGHTS

From 16 to 20 December, the best Korean cosmetics firms came together at ‘Korea in Madrid’. An event organised by KOTRA, the commercial office of the Korean Government in Madrid, at Callao City Lights with the aim of introducing to the Madrid public the beauty products of the Asian country and everything related to the K-Beauty trend in facial care, increasingly present in the Western world. 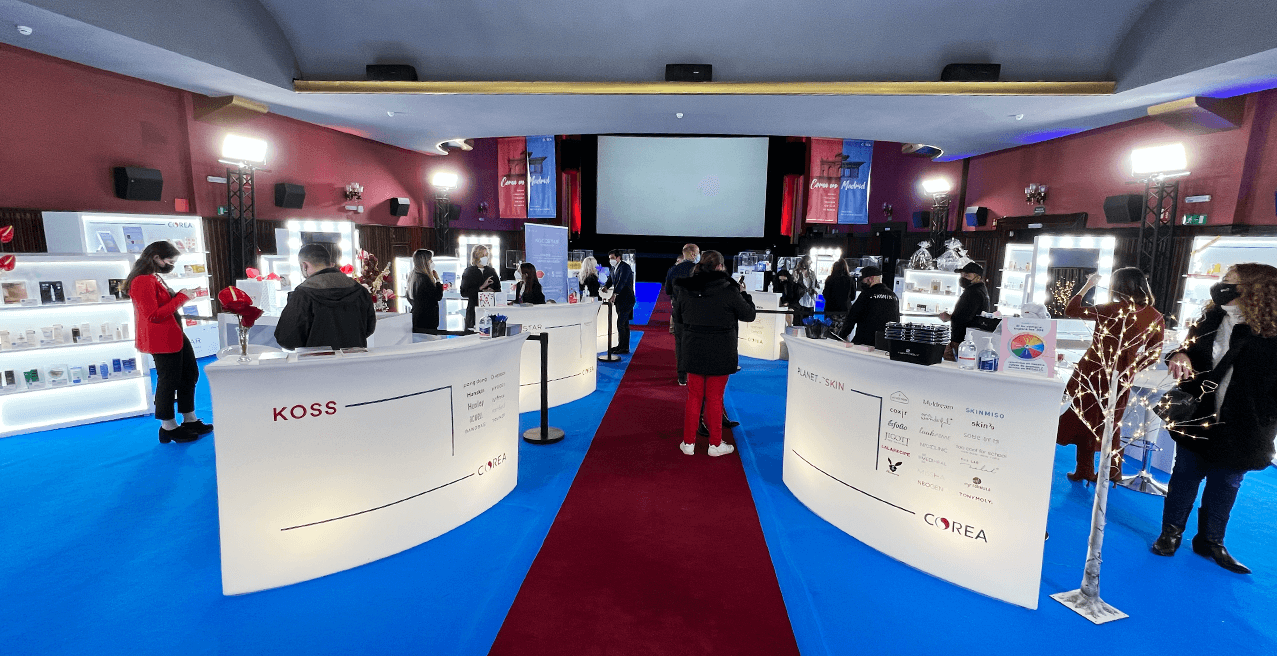 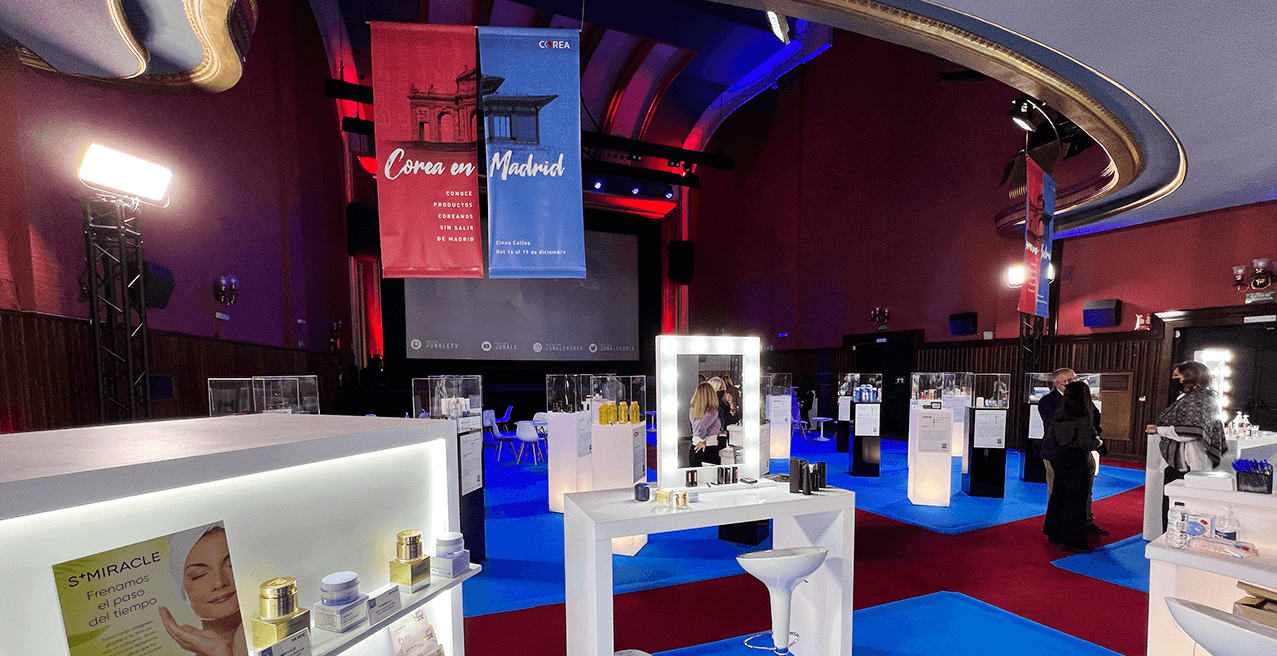 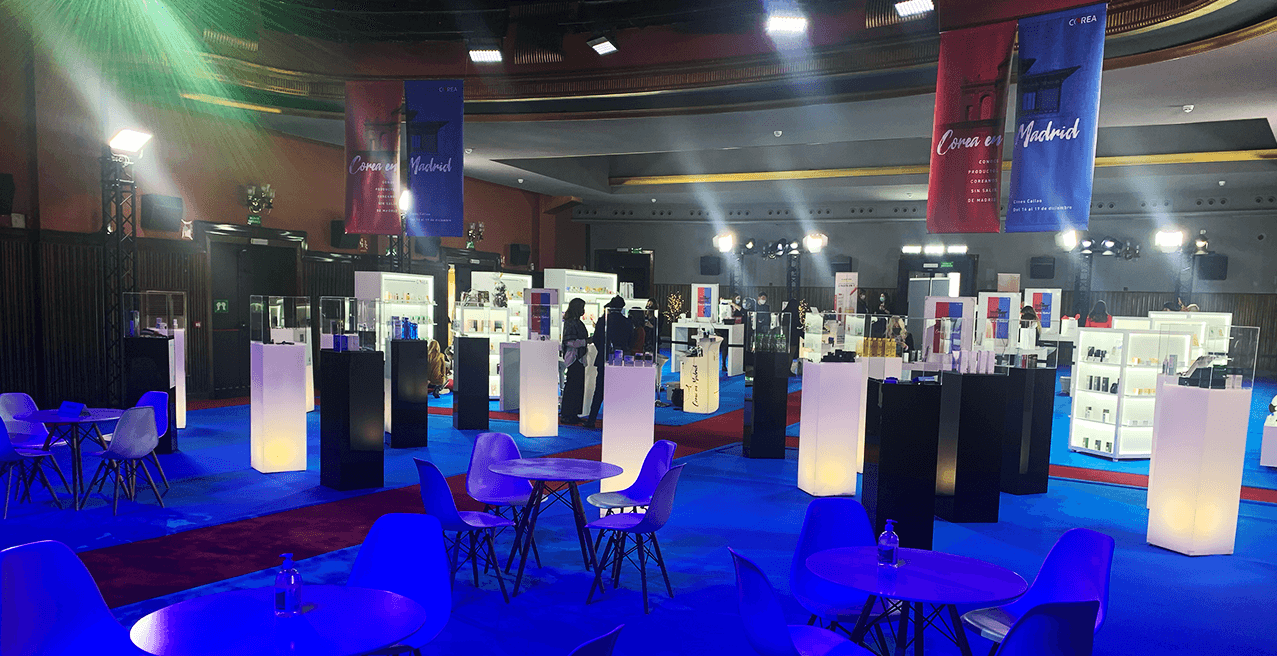 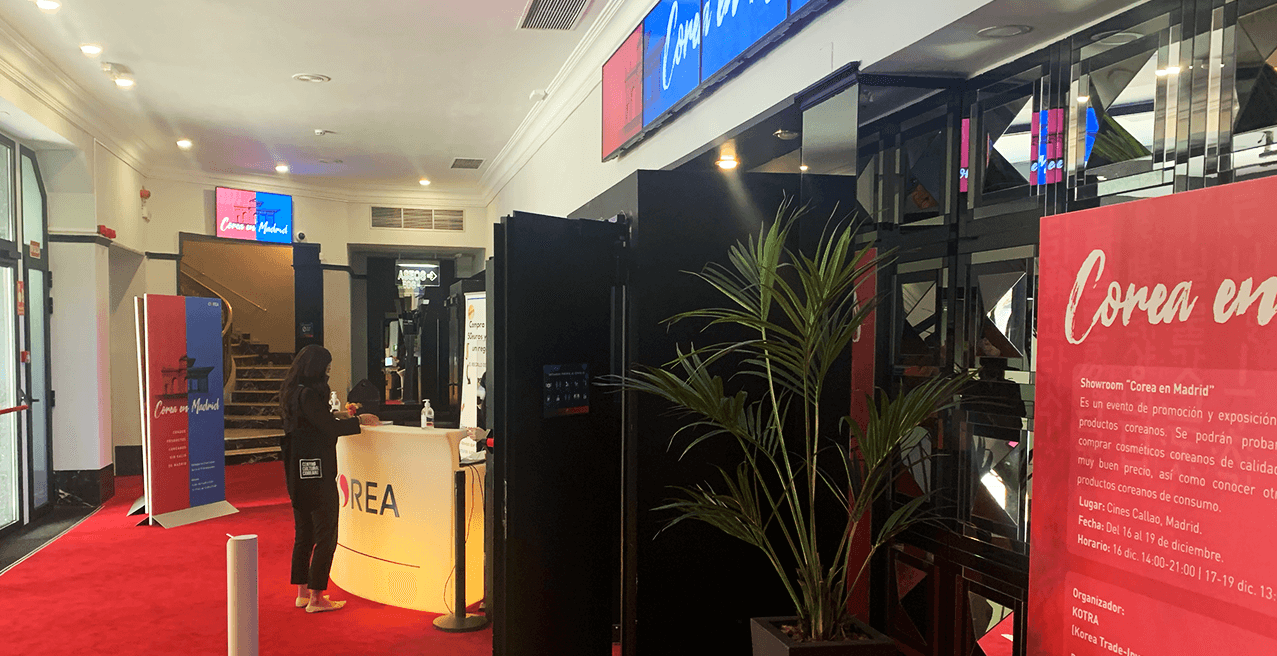 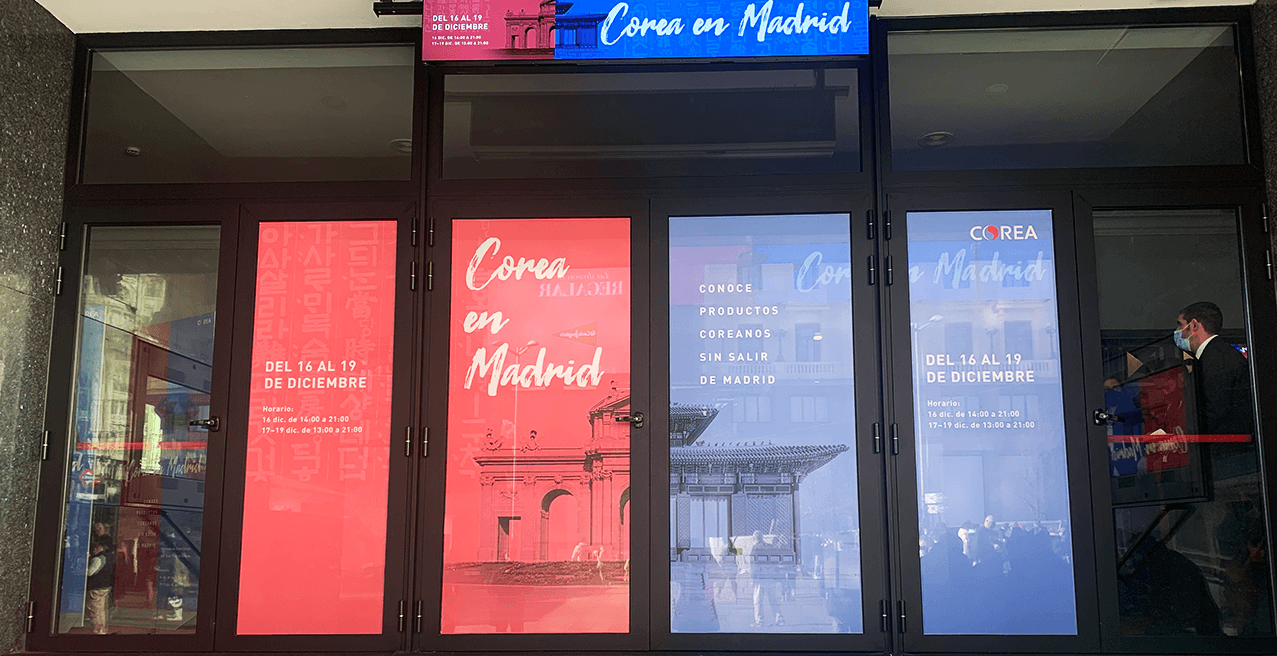 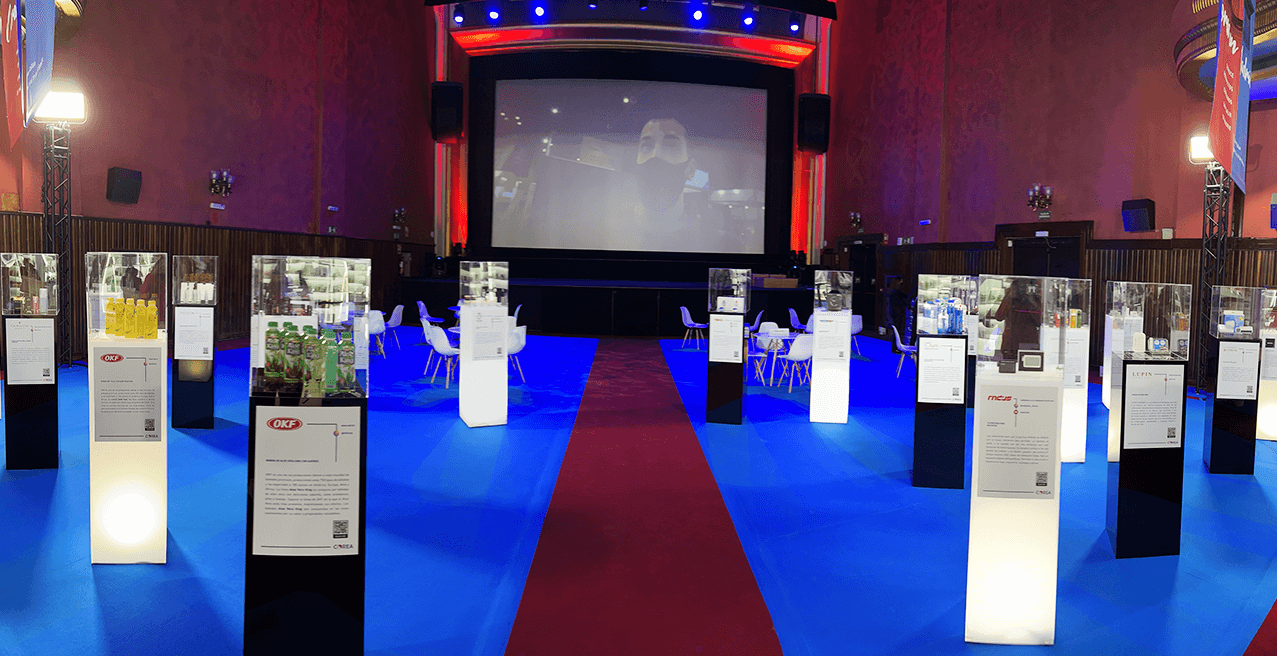 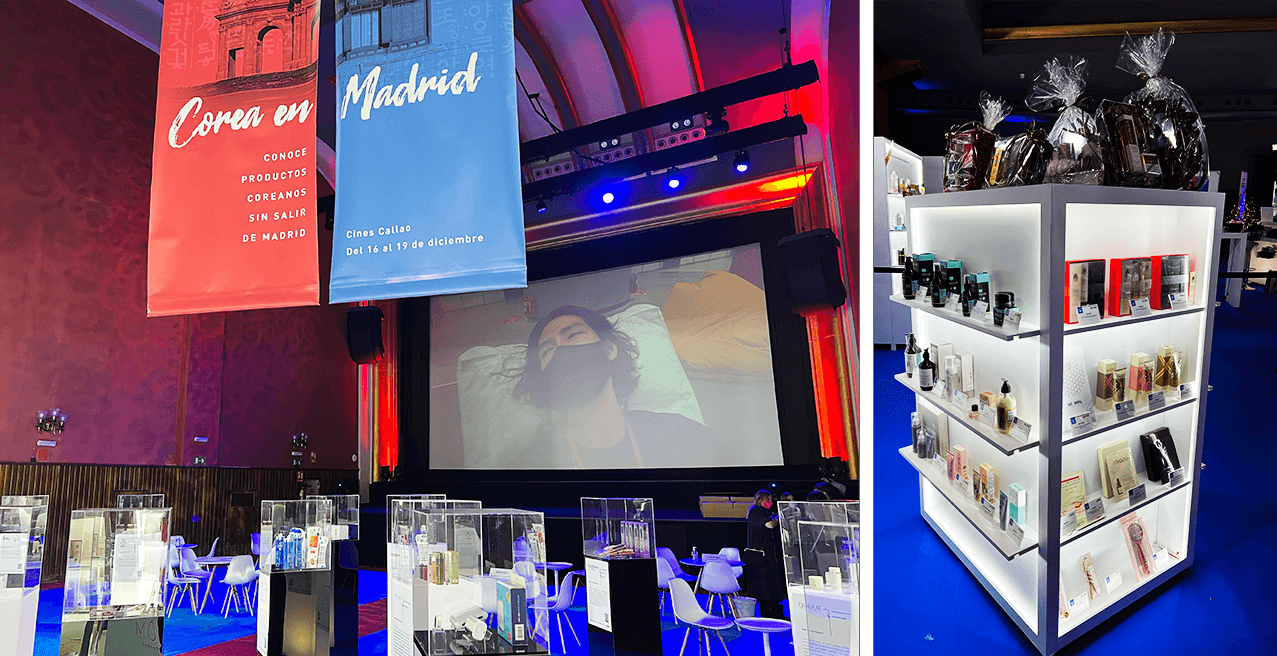 For Asian culture, make-up and cosmetics have always been of vital importance, both for men and women. To the point of creating their own K-Beauty ritual, a cultural phenomenon that has now reached Spain.

The emblematic Sala 1 of our cinemas became an exhibition of cosmetic articles where the public could try and buy with the advice of professionals from the different brands represented: Planet Skin, KOSS Cosmetics, Silvia Moreno-POOM, Kocostar by Cosmética de Corea and DAI Imperial.

In addition, the event was attended by several influencers (@bloggymery, @angela_cremonte, @alessaberry and @martytagonzalez) and make-up artist David Francés, and included two master classes by K-Beauty-Planet Skin and an introductory session on Korean cosmetics by Koss Cosmetics.

Alongside the cosmetics brands, the public was also able to try out and purchase other Korean products such as smart earphones, aloe drinks and purifying bottles, among others.

HBO CELEBRATES THE PREMIERE OF ‘SIN NOVEDAD’ (‘NO ACTIVITY’) IN CALLAO

DECEMBER 2021 EVENTS IN OUR SPACE  HBO CELEBRATES THE PREMIERE OF ‘SIN NOVEDAD’ ('NO ACTIVITY') IN CALLAO    New successful premiere of HBO Max at Cines Callao.. Many well-known celebrities and the...

OCTOBER 2021 EVENTS IN OUR SPACE  PREMIERE OF 'EL BUEN PATRÓN' THE FILM BY FERNANDO LEÓN DE ARANOA THAT WILL COMPETE IN THE OSCARS    The Cines Callao were the venue chosen to celebrate the premiere...

LARGE CELEBRITY ATTENDANCE AT THE PREMIERE OF ‘HOUSE OF GUCCI’.

NOVEMBER 2021 EVENTS IN OUR SPACE  LARGE CELEBRITY ATTENDANCE AT THE PREMIERE OF 'HOUSE OF GUCCI'.    Aristocrats, influencers and well-known faces from the world of film and television walked the... 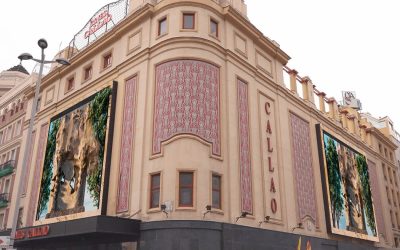 THE MARKET GARDEN OF MURCIA COMES TO CALLAO

DECEMBER 2021 Actions on our Screens  THE MARKET GARDEN OF MURCIA COMES TO CALLAO  Murcia Tourism has launched a 3D action on the screens of Callao City Lights to promote tourism in the region.... 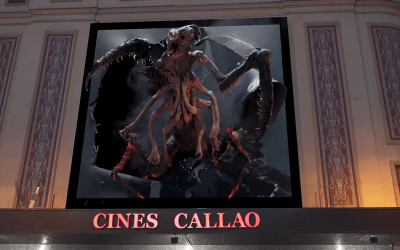 DECEMBER 2021 Actions on our Screens  THE NEW SEASON OF THE WITCHER HITS THE SCREENS OF CALLAO CITY LIGHTS  🐺 The Witcher, starring Henry Cavill bursts in 3D on the screens of Callao.Discover the... 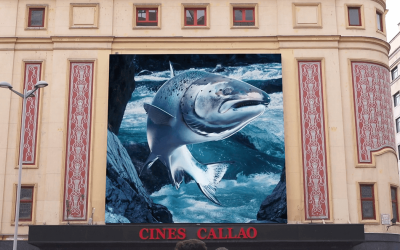 AHUMADOS DOMINGUEZ FROM THE RIVER TO THE CALLAO SQUARE

DECEMBER 2021 Actions on our Screens  AHUMADOS DOMINGUEZ FROM THE RIVER TO THE CALLAO SQUARE  A huge salmon surprises us with its spectacular leap from a river, giving the impression that it jumps...