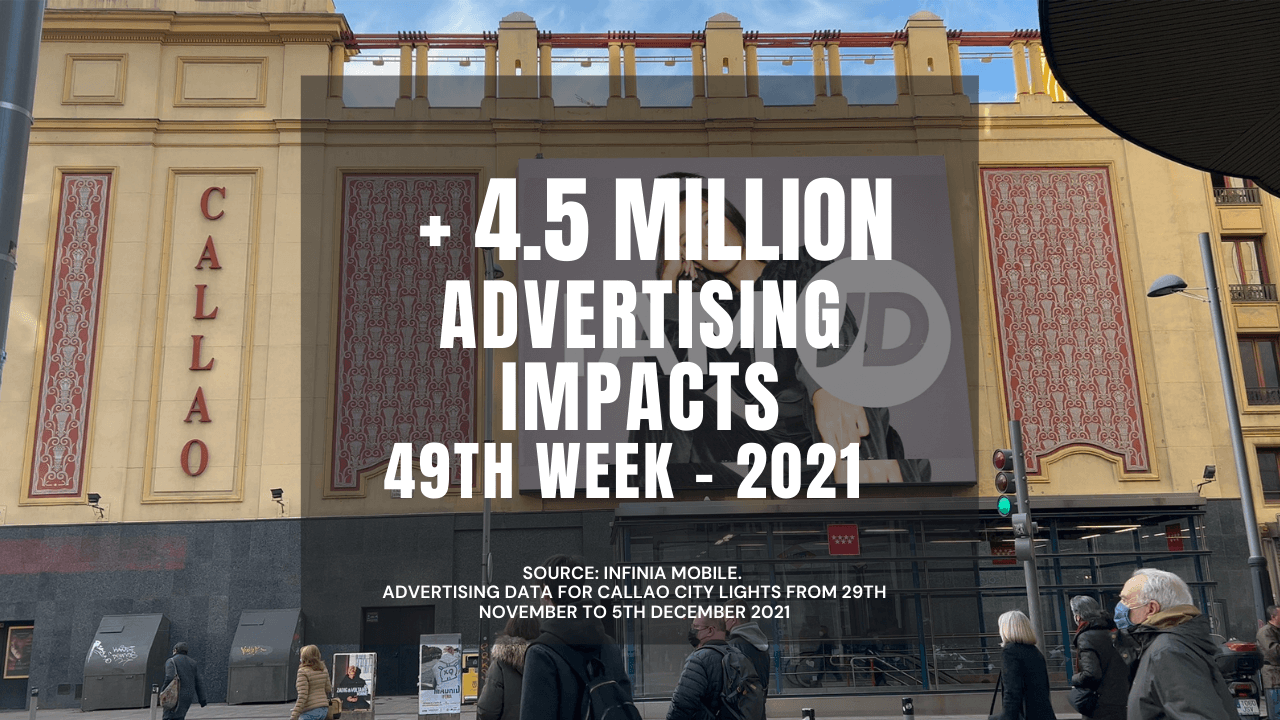 Callao City Lights continues to increase its audience and number of impacts. Between 29 November and 5 December, our screens increased their impact by 82% compared to the previous week, to over 4.5 million. Likewise, the audience almost doubled, reaching 2.1 million unique users, an increase of 75%.

The audience was made up of men (51.65%) and women (48.35%), mostly between 26 and 40 years old (30%), with an average economic level (53%) and living in the province of Madrid. This audience is interested in entertainment, technology and home and especially uses applications such as Spotify and Mercadona.

Compared to the same week in 2019, the last year before the pandemic, the figures are also very striking. The audience grew by 76.1%, nearly one million more users, and the number of impacts, by 28.3%, one million more, as well.

This is the result of the data collected by Infinia Mobile in the area of influence of the Callao City Lights screens.