Hundreds of spectators enjoyed a sing-along showing of the film Holy Camp!, organised by La Tropa Produce. An original show, in addition to seeing the musical’s film version, spectators could dance and sing to the soundtrack, just like doing karaoke. Cheered on by the Sing Along team, the audience thoroughly enjoyed performing songs from “Los Javis'” debut (Javier Ambrossi and Javier Calvo) as feature length-film directors. 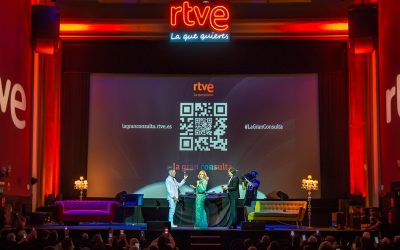 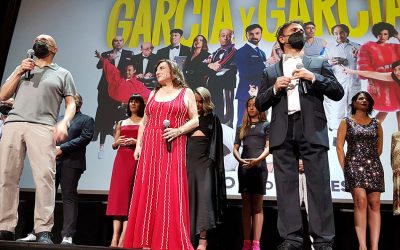 THE OUTDOOR PHOTOCALL RETURNS WITH THE PREMIERE OF ‘GARCÍA Y GARCÍA’.

AUGUST 2021 OUR PREMIERES  THE OUTDOOR PHOTOCALL RETURNS WITH THE PREMIERE OF 'GARCÍA Y GARCÍA'.   Finally we could return to the outdoor photocall, since the pandemic began a year and a half ago....

CALLAO CINEMAS OPEN THEIR ROOFTOP AS AN EVENT VENUE 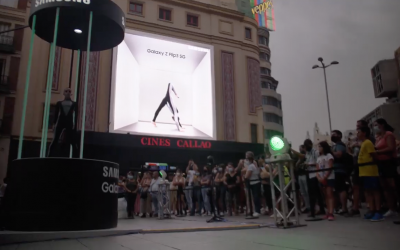 SEPTEMBER 2021 Actions on our screens   SAMSUNG #DESPLIEGATUMUNDO IN CALLAO SQUARE  Brief summary of the contortionism show #DespliegaTuMundo that we experienced last 06/09 in Plaza de Callao,... 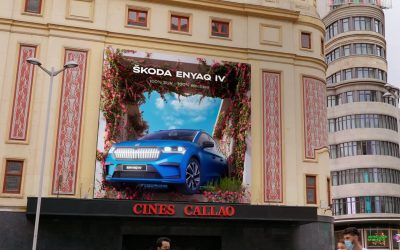 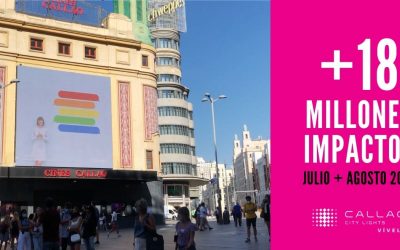 SEPTEMBER 2021 Actions on our screens   CALLAO CITY LIGHTS IMPACTS GROW BY 128%     The impact of our screens continues to rise. During the months of July and August, nearly 18.5 million impressions...