Movistar + chose Cines Callao to present the documentary series ‘Raphaelismo’. An intimate portrait of the artist, with unpublished audiovisual material, making it the first and only documentary with the direct involvement of Raphael himself, his family, RLM and Universal Music Spain. 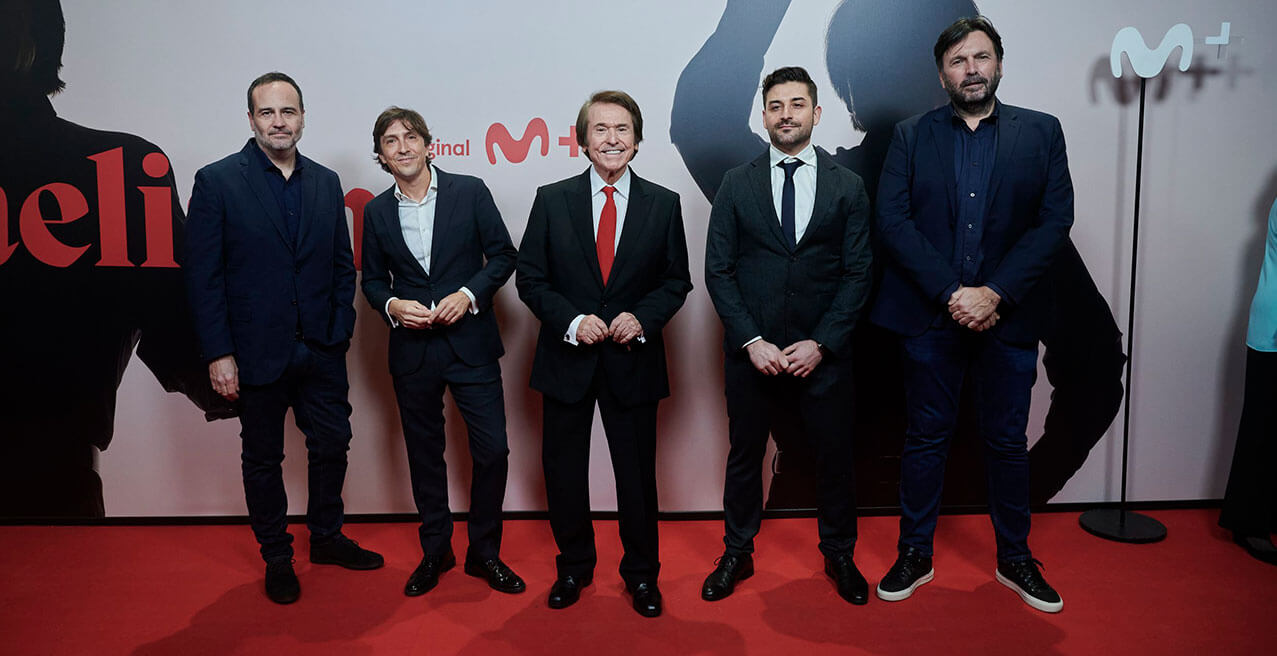 The performance of several of the popular artist’s songs by a cellist enlivened the crowded photocall at the entrance to the cinemas. At the same time, some sequences from the trailer of the documentary were projected on the outdoor screens. Hundreds of spectators who came to Callao to see Raphael’s arrival enjoyed the staging.

The presentation of the documentary included a performance of a fragment of ‘Mi gran noche’ by the protagonist, which was chanted by the lively audience present in the hall. Nearly 600 spectators gave the artist a long standing ovation at the end of the screening.